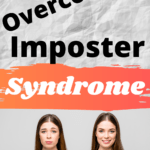 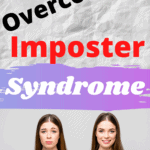 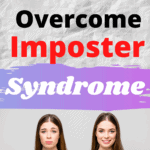 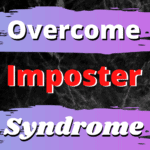 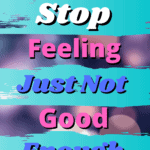 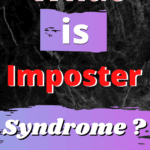 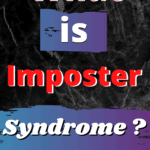 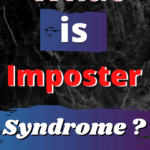 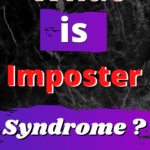 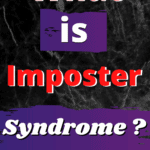 I was having a conversation with my mom not too long ago. I was telling her about starting my blog. I was so excited about fixing up my website to how I want it and writing posts about a topic I love, but I was also terrified. I was in a frame of mind that I shouldn’t even be thinking about doing something like this. How can I possibly help anyone? I’m just a nobody, I’m not a professional writer, I know nothing about SEO, and I may be passionate about my topic, but I’m not a psychologist.

My mother began to spout all the reasons why I am good enough, but turned around and listed all the reasons she felt she wasn’t good enough to achieve her goals with her artwork. It got me thinking about how often I’ve heard the same sentiment echoed from the mouths of almost every woman I know.

Why do the majority of us see ourselves as lesser, but we’re quick to defend another woman against herself? I started to do some research and kept coming across this thing called imposter syndrome.

What is Imposter Syndrome?

In my understanding, the term Imposter Syndrome was coined by two female psychologists Pauline Clance and Suzanne Imes, back in the late 70s. I don’t think it’s a coincidence that women discovered this problem. I’d hazard a guess that there are way more women than men suffering from this mindset. I can’t prove it, but I don’t hear many men downplaying their accomplishments, do you?

What I really noticed about this imposter syndrome, as I started to look deeper, was all the “symptoms” sounded exactly like me and the majority of women I know.

Imposter Syndrome is characterized by:

I bet those all sound mighty familiar, don’t they? I’d also bet you want to know how to fix, don’t you? I got you, mama… I’ll get to that in a moment.

First, I need to tell you why it’s so much worse for those of us with ADHD. Not only are we hit harder by this silent assailant, but we have to work harder to break out of it.

Women living with ADHD can be very accomplished. A lot of times, we look like the perfect specimens of womanhood and motherhood on the surface. We’ve learned to make ourselves LOOK like neurotypical bliss. While inside, we’re barely staying afloat.

Example: My first 4.0 semester in college was hard-won. Everyone was so impressed by the pregnant mother of two. The one that commuted an hour each way and always showed up to class with a smile.

What they didn’t see was:

I stayed up late, I ordered food instead of cooking, my house looked like a tornado hit it, my kids spent their home time in front of screens, and I barely spoke to anyone outside of class.

Honestly, I was a train wreck! So when I was awarded for my 4.0, put on the dean’s list, and everyone told me I was awesome.

I got absolutely terrified they’d find out how big of a mess my life was. Imposter syndrome hit with full force.

The shame and guilt of my hidden struggle plagued my thoughts. I put the button and award they gave me at the bottom of a drawer and pretended it didn’t exist.

I know now that those struggles were a direct result of my ADHD. I learned better ways to cope in future semesters, but I still struggled. Every semester I felt more and more like a failure. With each new accomplishment, I felt more undeserving. I didn’t stop until recently. I finally learned to fight the dreaded feeling of not being enough…

You can fight it too by following these steps:

First: I read a book.

“The Gifts of Imperfection” by Brene Brown. It helped me to overcome my shame. In fact, I just reread it because I was starting to forget its lessons. You can’t fight imposter syndrome without first exploring the guilt and shame that is causing it. Getting over those feelings is the first step. Although sometimes, it takes more than a book. I also see a counselor, and I explore my feelings with her as well.

Note: If in doubt, always seek help from a mental health professional.

This will be hard. You’re going to have to admit to yourself that you have accomplished things. It won’t come naturally, and you’ll have to dig deep. But once you start, one thing will remind you of the next and the next until you have a page or pages filled with all your amazing stuff.

Start small and work your way up. Start with you’re making a list. Then, you’re actively trying to combat imposter syndrome. Then, something personal like you cooked every day this week, or you got the baby to sleep through the night… Anything to get you started, but get started.

I stopped saying, “yeah, I did that, but I didn’t do this”

I started acknowledging how much I really have done. I needed to recognize and remember the value I add to the world. I may not be an expert on paper, but my life has made me an expert in spirit. My experiences can help others, and yours can benefit someone too. Celebrate yourself!

Fourth: I stopped looking over the fence.

Okay, that’s not entirely true… I stopped looking for a while because I knew if I looked, I would compare myself. Nothing stirs up the imposter syndrome monster more than seeing someone else do well. So stop looking into the neighbor’s yard (or at their Insta feed… I see you lurking 👀).

Build up your confidence without the reminders of how everyone is different from you. When you’re feeling good, you can start looking again, but take notice of your changed perception. I no longer look at others as competitors (even when we are).

I look at their strengths & THEIR WEAKNESSES.

My neighbor’s lawn is greener than mine, but I have more trees and flowers. Yes, people are going to be better than you or know more than you. That doesn’t mean that you aren’t just as good as them or better at something else. And chances are…

they struggled to get that greener grass just as much as you struggled to cultivate those flowers, but they’re hiding it too. Maybe you should pop by and teach them about imposter syndrome 😉.

Last: I used the power of positive affirmations.

You’ve probably heard me say this before, but I had to repeat it. Positive affirmations can change your life when used right. So, I took all those negative thoughts and turned them into positives. Then I told them to myself for days and weeks and months until I started to believe them with every fiber of my being.

What are the worst things you’re saying about yourself? What are the most significant reasons you think you’re a fraud?

List them right now and then challenge their truth. I can just about guarantee that you will find them to be false beliefs… Now change them into fact and speak them into your life.

You are more than you think you are. You’re definitely GOOD ENOUGH for anything. Don’t let imposter syndrome stop you from being the best you. You deserve all the good things that are coming into your life. At this moment, you are on the right path. Whether it leads to heartache or joy, it’s still RIGHT because you’re on it, and you need the lesson at its end…

Now go out there and live your best life!

0
Spread the love
Previous Post: « How to Give Yourself Some Grace
Next Post: The ADHD Frustration Shutdown »